Paul has lived in Batley since 2009, with his wife who grew up in Batley, and his two sons who attend local schools. Having been raised on a Leeds council estate, Paul has worked hard to achieve what he has today

In 2017 he created the campaign group 'Batley Against Tipping' (BatleyBATs) to fight the scourge of fly-tipping in Batley.  The group also runs regular litter-picking events.

He is also Chair of the campaign to create a new Batley Town Council.  This is a non-political group comprising of volunteers who want to change and enhance Batley for its residents.

He is also a member of the Friends of Batley Library, fighting to keep your libraries open and expand its offering to the town. In 2018 he organised community screenings of the England games in the World Cup at the library.

As a community champion, he also part of the Friends of Wilton Park group and has helped them run fun and fund raising events.  He also produced and distributed the new 'do not feed the ducks bread' signs in the park.

Finally, he helps at St Saviours church and is one of the organisers of the Batley Mens Group.

With such a diverse mix of backgrounds in Batley West, he wants to foster greater links between the different communities and understands what a better local infrastructure looks like for everyone.

Paul believes there is still inefficiency within Kirklees council and this has meant high council tax rises whilst services continue to be cut. He will work with our other Conservative councillors to continue putting local education, health, transport and other public services first.

Take pride in the town

BATLEY’S Conservative candidates for this year’s local elections are urging people to forget their party allegiance and vote for what’s good for the town.

CONSERVATIVE hopefuls in Batley say 'change is overdue' as they prepare their campaign for this year's local elections.

Council blows £8,000 on traffic island that lasts a week

RESIDENTS say thousands of pounds has been wasted by Kirklees officials on a traffic island which was removed just a week after it was built.

Batley residents came out in force on Saturday as part of the Keep Britain Tidy Great British Spring campaign. 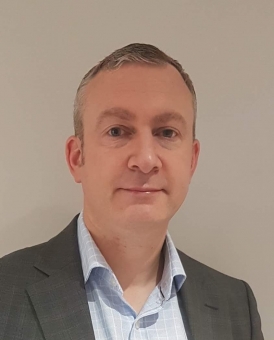