This is Itrat Ali a 47 year old local lady, a mum of 2 grown up girls who will be fighting for you the residents of Heckmondwike as your conservative candidate.

Itrat was brought up in Heckmondwike, attended Heckmondwike Grammar school, its where she bought her first home and raised her family, Itrat cares passionately about Heckmondwike and will be listening to people and campaigning for the issues that matter to them.

Itrat will be fighting for

Roads and Transport – the town has seen an increasing amount of dangerous driving and deterioration of local roads with increased potholes, its important to campaign for increased speed calming measures, better safety barriers  particularly in the town center and swift action to repair damaged road surfaces.

Refuse – Fly tipping is on the rise, and real concerns by residents of the amount of litter particularly from fast food outlets on or streets and irresponsible dog owners not cleaning up after their pets. Itrat is proud of the community groups giving up their time to clean up our streets, and she will be campaigning to have more bins, increased cleaning and tougher fines for offenders.

Town Centre shops – Increasingly more shops are boarded up in the town, Itrat will work with local businesses and campaign for funding to enable regeneration and attract more small businesses into the town.

Crime – Itrat has received feedback of increased incidence of antisocial behavior and burglaries in particular car crime, Itrat will be fighting for increased police presence on the streets of Heckmondwike, better response and follow up for the victims of crime, safety is a key priority.

Heckmondwike has a fantastic community spirit and is full of genuine honest hardworking people, it is a place Itrat cares for and those that live there, she will be there to listen to and work with you, with her strong work ethic and passion she hopes to restore some vibrancy and pride in the town. 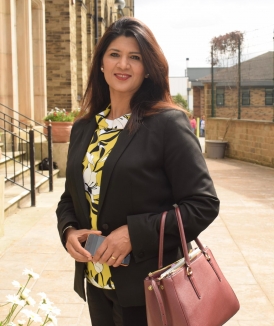